Tosa Tonight’s mission is to create a stronger sense of community in the Village of Wauwatosa through the arts and an on-going, self-sustaining, culturally enriching series of live concerts at the Rotary Performance Pavilion. We intend to be a passionate advocate for the arts by professionally operating, maintaining, and booking an impressive Performance Pavilion that enhances the quality of life, backed by the funding support of strategic sponsors. 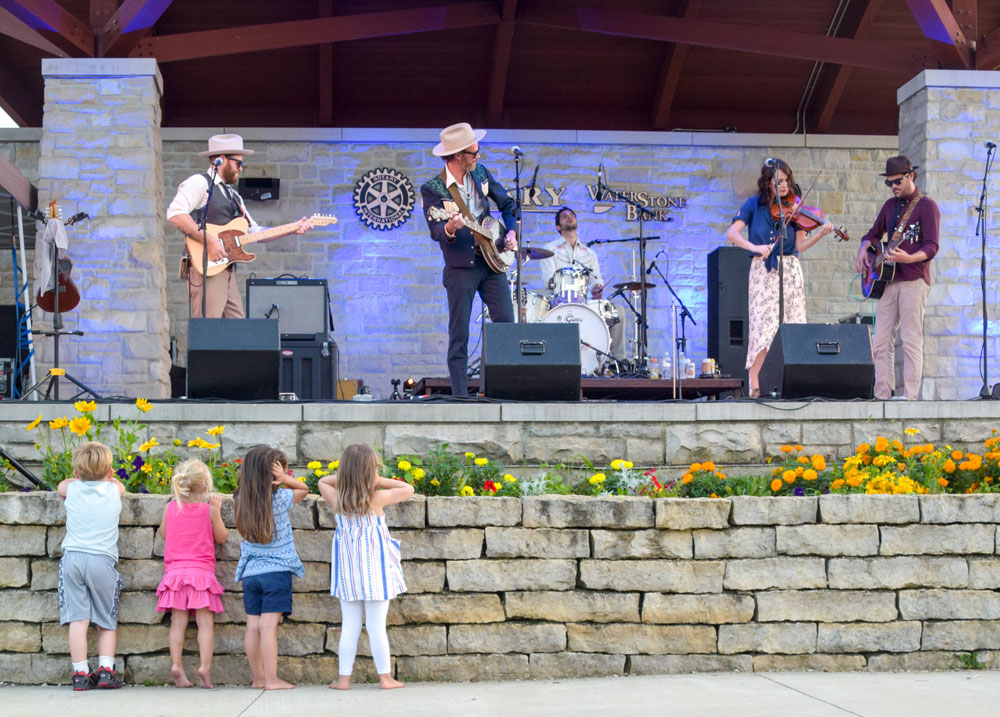 Check out the video! What started as a small four concert series in 2000 has blossomed into one of the best, and most innovative summer music series in the area. Along the way, efforts to identify, and promote local talent has been expanded to include national, and international acts, while still staying true to their support of local artists.

Tosa Tonight’s small group of dedicated volunteers, with their unique mix of knowledge, and expertise, has made a noticeable contribution to strengthening and promoting community spirit. This group of people set in motion the opportunity for the city and Wauwatosa businesses to rally behind an ambitious project to build an outdoor performance pavilion that utilizes the Hart Park flood mitigation area. After a number of years of planning, and fundraising led by the Wauwatosa Rotary Clubs, in cooperation with Tosa Tonight, and City officials, the Rotary Performance Pavilion officially opened on June 24, 2009.

With the substantial support of Waterstone Bank, and the continued annual sponsorship of Froedtert and the Medical College of Wisconsin, Tosa Tonight’s signature sponsor since 2003, they entered a new era in their mission to improve the musical and cultural traditions in Wauwatosa. Based on its successful concert series operation, Tosa Tonight offered to manage the new Rotary Stage in 2009 at no cost to the City or taxpayers. After nine years presenting four summer concerts at four different venues – Hoyt Park, Jacobus Park, Wisconsin Avenue Park, and Hart Park, Tosa Tonight’s move to its new permanent home had allowed them to continually expand their summer concert series at a sustainable level for the enjoyment of the growing community.

Join us in celebrating over 20 years of Tosa Tonight!

The Tosa Tonight Board thanks the City of Wauwatosa, the Wauwatosa Neighborhood Associations, the Village Business Improvement District, and countless volunteers for their ongoing support. We applaud the efforts of the Mayfair and Wauwatosa Rotary Clubs for their commitment to making Rotary Performance Pavilion a reality. Most of all we’d like to thank you for jumping on the bandwagon and showing up with your families to these free events. Your purchase of food, beverages, and tax deductible donations make these events happen each year.

Have a question about Tosa Tonight?

If you have a question about our concert series or sponsorship, see our FAQ page for details. 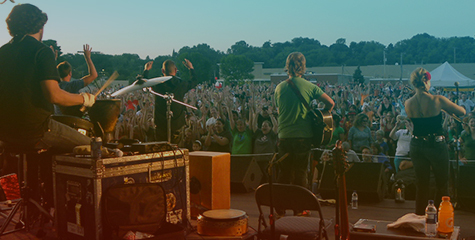 Please watch for official communications on our website and follow our social media channels to stay up to date on the status of this year’s season.

Thanks to our Sponsors! 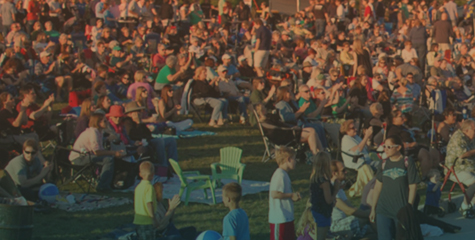 These free concerts are made possible by the generous support of our Sponsors.

See who has sponsored us this year › 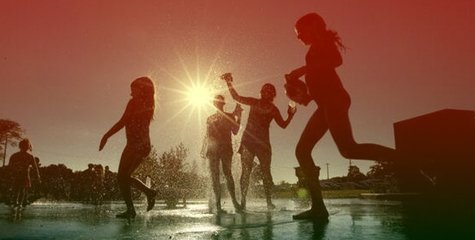